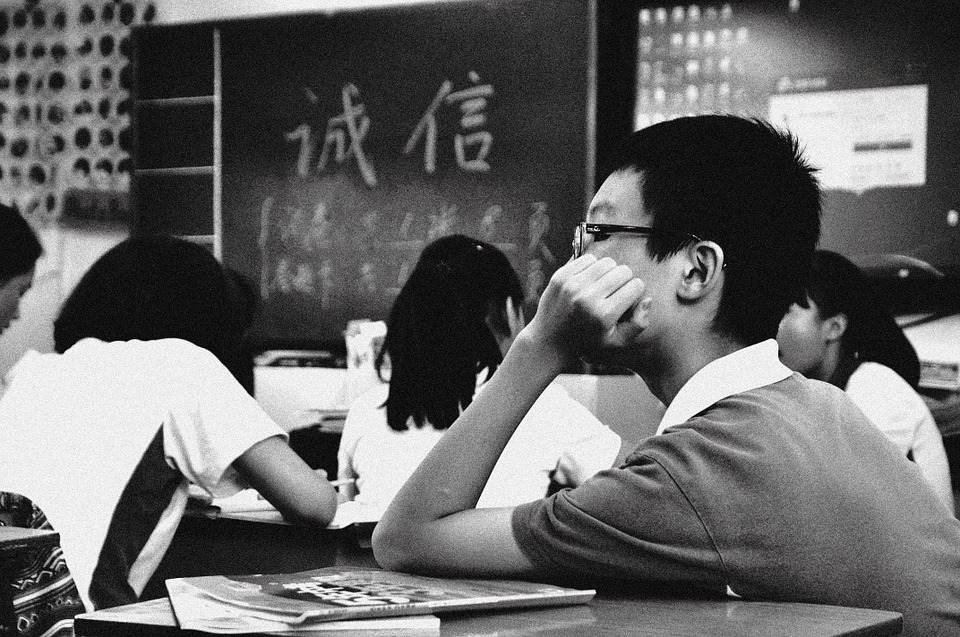 Increasing the effectiveness of learning is a major opportunity to improve the entire world. There are many great ideas, programs, leaders, and schools working towards making education better for the future but there are many more ideas and opportunities to try and amplify that work.

Here’s a simple one that could improve learning for each and every child.  In the school system I attended for the first 6 grades we stayed in the same classroom all day, for the next 2 grades it was basically a rotation between 3 teachers. Therefore, each kid in the class spent a lot of time with one specific teacher and the teacher got to know each student closely. Even through four years of high school, my teachers had the opportunity to get to know specifics about each of us in the one or two classes we had with them.

Great teachers recognize that each kid in their class may have a different learning style and offer multiple ways of explaining a lesson so that each kid has the opportunity to absorb it in a way that makes most sense for them. Also, over the course of a year that teacher gains very valuable insight into the learning style, ability, and many other factors that contribute to a kids performance.

Sure, there are charts and records that each student has on file with the school and teachers fill out information about each student – but how about a more open and collaborative approach?

What if the child had an online profile, with all of their teachers over the years as contributors to build a profile of the child’s individual learning styles and insights.

This way, when Teacher P finds out that Student J is very visual when it comes to math they will contribute that knowledge to Student J’s learning profile. Then Student J’s parents could understand their child’s learning style, the next year’s teacher will know that from Day 1, and eventually the child could know that themself.

Once presented with information like that it would be easier to link to methods and use styles that related to that student individually, thus accelerating their performance.

We’re already tracking tons of useless information through online profiles and websites, why not track learning information and use that to provide resources to help all those involved in educating a child?

What else would you add/do to this type of system? How could this transfer to work opportunities? 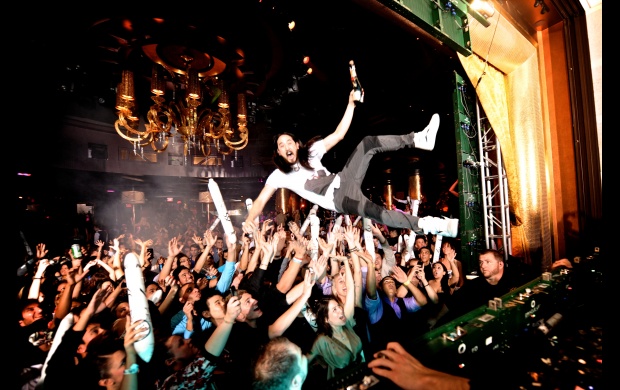 Steve Aoki is a DJ/Producer that puts on one of the greatest shows in music today.  Seeing him live is an interactive experience and his energy is infectious. By the end of the show you’re jumping up and down along with him–more than you ever have in your life–covered in champagne and cake, and you never want it to stop.

Then, when you leave the show and think you’ve seen the best of what he has, you learn more about him and realize that he’s a great role model for your business too.

Here are a few takeaways from watching a true maestro of his craft like Steve Aoki:

1. Amaze
When Steve Aoki puts on a show, he delivers.  He brings more energy to the party than anyone there and is willing to do whatever it takes to make sure people are having a memorable experience.  While his main product might be the music, his live shows can make an audience member a lifelong fan.  It’s not uncommon to see floats, cake diving, champagne showers, special previews of unreleased music, and just about anything else to make sure that his shows stand above the rest.  When was the last time you thought through your product demo or meeting with the goal to amaze?

2. Hustle
If you look at his schedule you’ll see that he is putting on a show practically every night, sometimes two per day.  You’ll then notice that he’s doing this around the world.  Africa one night, UK the next, over to Spain, then off to California in four days.  Did you ever have to leave for that conference a day early for a “travel” day. Yeah, he’s been traveling and putting on a show everyday for years and I thought my fifty minute commute was bad. That being said – he still delivers at every show and will stop and connect with fans anytime they ask. What time can you carve out in schedule for that extra work?

3. Collaboration & Partnership
Succeeding in certain businesses is about being able to find the right people to partner with and collaborating with everyone that needs to be involved.  Over the years Aoki has demonstrated this by making music with some of the best in the business, as well as up-and-comers.  Are you trying to work with the best in your field? Are you taking the time to develop newbies?

4. Engagement
I already mentioned how he’ll stop whatever he’s doing and talk to a fan along his travels or on his way to a show. Take a look at his twitter feed for some other amazing examples of fan engagement. He’ll fly into a new town, ask where the best local places are, invite people to come eat where he is, randomly pop into college classes and invite people to hang on the lawn, and is constantly reaching out and connecting. He’s on just about every major digital outlet and always providing updates to keep his fans engaged. How often and how creative are you methods of engagement?

5. Risk Taking
It was definitely a big risk the first time he sprayed a club with champagne or got on a float to crowd surf over thirty thousand people or partnered with an unknown lyricist to make a new song.  Yet, those risk are what has allowed him to keep upping his game and bringing his art to the next level.  What risk have you taken recently?

6. Trust
Consistency builds trust and I’ve already mentioned how consistent he is with his output. His authenticity adds to that level of trust. He’s just as into the music, the show, and all the fun stuff going on around it as his fans are.  He’ll even jump into a large cake and be covered in it before he’ll go and do the same to his fans.  Are you willing to do everything you ask people on your team to do?

I was going to call this post “Everything I Know About Business I Learned from Steve Aoki” but I don’t think anyone can learn “everything” about anything from just one person.

But that’s another story.